Leaving the International Airport you will start to experience the amazing natural beauty as you ride around Guanabara`s bay, through the Corcovado Mountain, by Rodrigo de Freitas` lagoon until you reach your hotel. The afternoon is free for you to relax on the beach or at the rooftop of your hotel, and start to get acquainted with this new life style.

Founded in 1565, by the Portuguese, Rio is the capital city of the state of Rio de Janeiro, the second largest city in Brazil. Part of the city has been designated as a World Heritage Site.

Rio is the most well known Brazilian city, with famous landmarks like Copacabana beach, Sugar Loaf Mountain, Christ the Redeemer Statue; Maracana Stadium, among others

Christ the Redeemer – It is a statue of Jesus Christ in Rio de Janeiro, Brazil, considered the largest Art Deco statue in the world. It is 30 meters (98 ft) tall, not including its 8 meters (26 ft) pedestal, and its arms stretch 28 meters (92 ft) wide. It weighs 635 tons, and it is located at the peak of the 710 meter (2,300 ft) Corcovado mountain in the Tijuca Forest National Park overlooking the city. A symbol of Brazilian Christianity, the statue has become an icon for Rio de Janeiro and Brazil. It is made of reinforced concrete and covered up by soapstone, and it was constructed between 1926 and 1931. The statue is one of the Seven Wonders of the New World.

Sugar Loaf – It is a peak situated in Rio de Janeiro at the mouth of Guanabara Bay on a peninsula that sticks out into the Atlantic Ocean 396 meters (1,299 ft) above sea level. Its name is said to refer to its resemblance to the traditional shape of concentrated refined loaf of sugar. The mountain is only one of several monolithic granite and quartz hills that rise straight from the water’s edge around Rio de Janeiro. A Glass-walled cable car, capable of holding 65 passengers, runs along a 1400-meter route between the peaks of Sugar Loaf and Morro da Urca every 20 minutes. From the top of the mountain belvedere is possible to see the Wonderful City.

Downtown Rio – Despite still having a large number of residences, the neighborhood is predominantly commercial. It has historical buildings as well as modern skyscrapers. The residential areas are mainly along Rua do Riachuelo and Castelo. It is the historic center and financial center of the city. Sites of interest include the Paco Imperial, Candelaria Church, Old Cathedral of Rio de Janeiro and the modern-style Saint Sebastian`s Cathedral. Around Marechal Floraino Square, there are several landmarks of the Belle Epoque such as the Municipal Theatre and the National Library building. The Centro area also has several museums such as the National Museum of Fine Arts and the National Historical Museum. Other important historical attractions in downtown Rio are the imposing arches of Lapa (the Carioca Aqueduct). A small tram leaves from a station near Saint Sebastian’s Cathedral, crosses the aqueduct (converted to a tram viaduct in 1896) and rambles through the hilly streets of the Santa Tereza neighborhood nearby. Downtown remains the heart of the city’s business community. 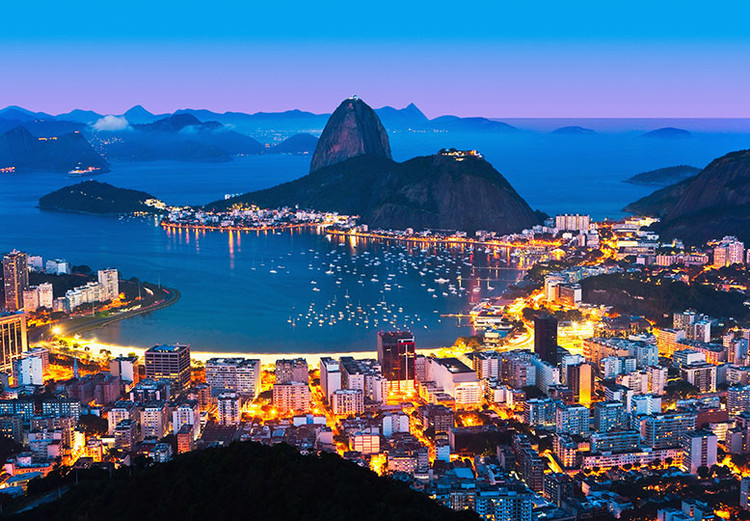 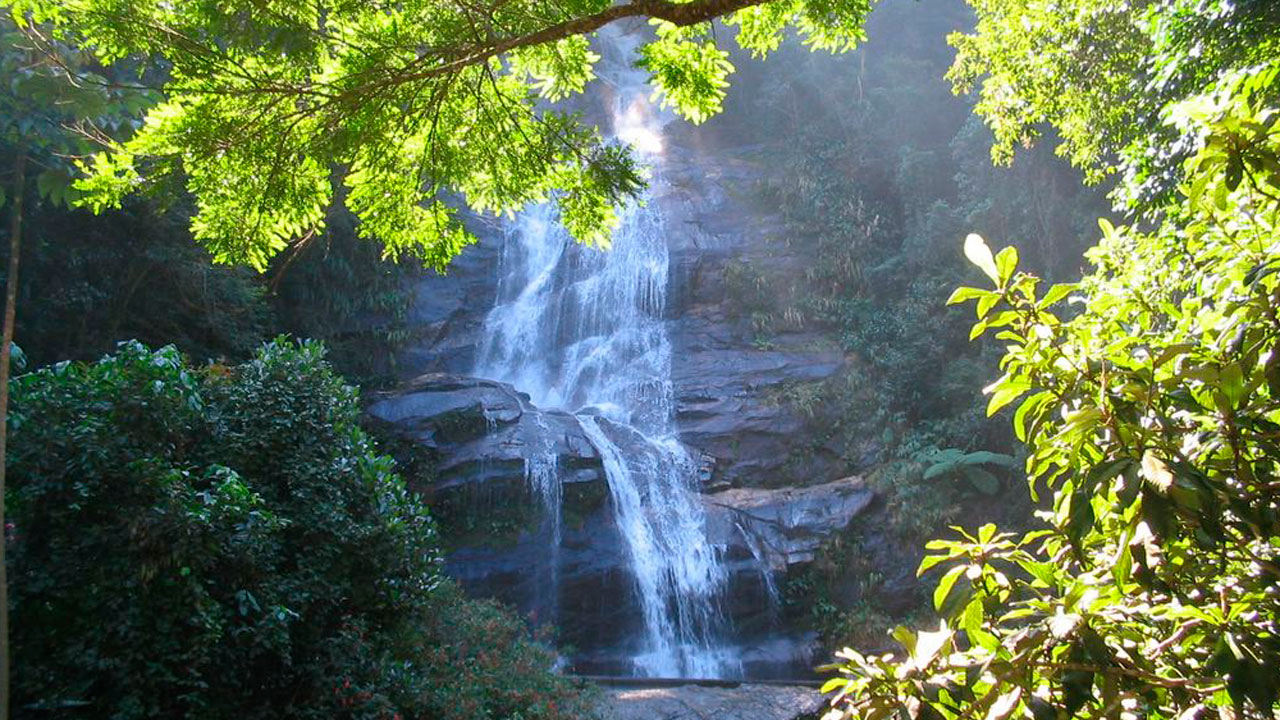 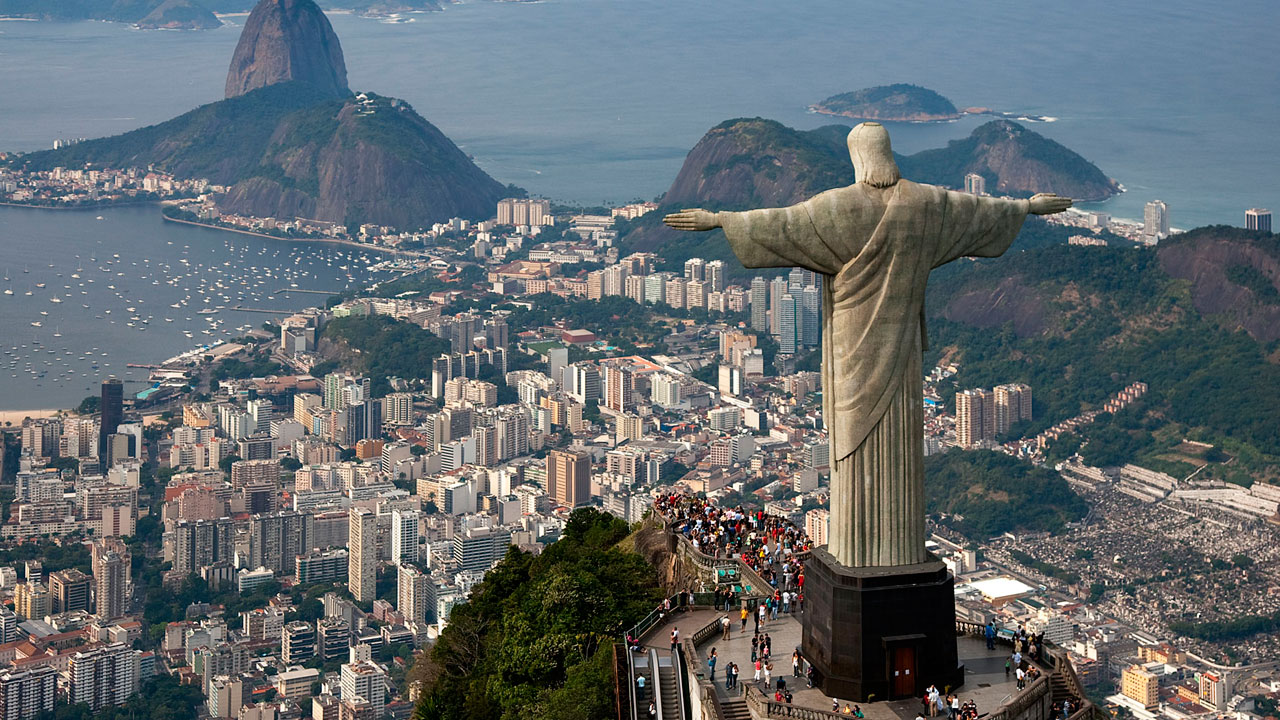 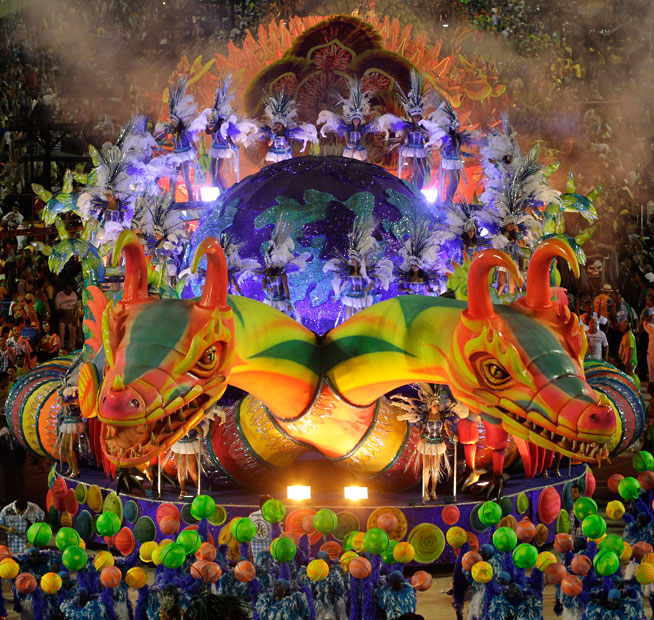 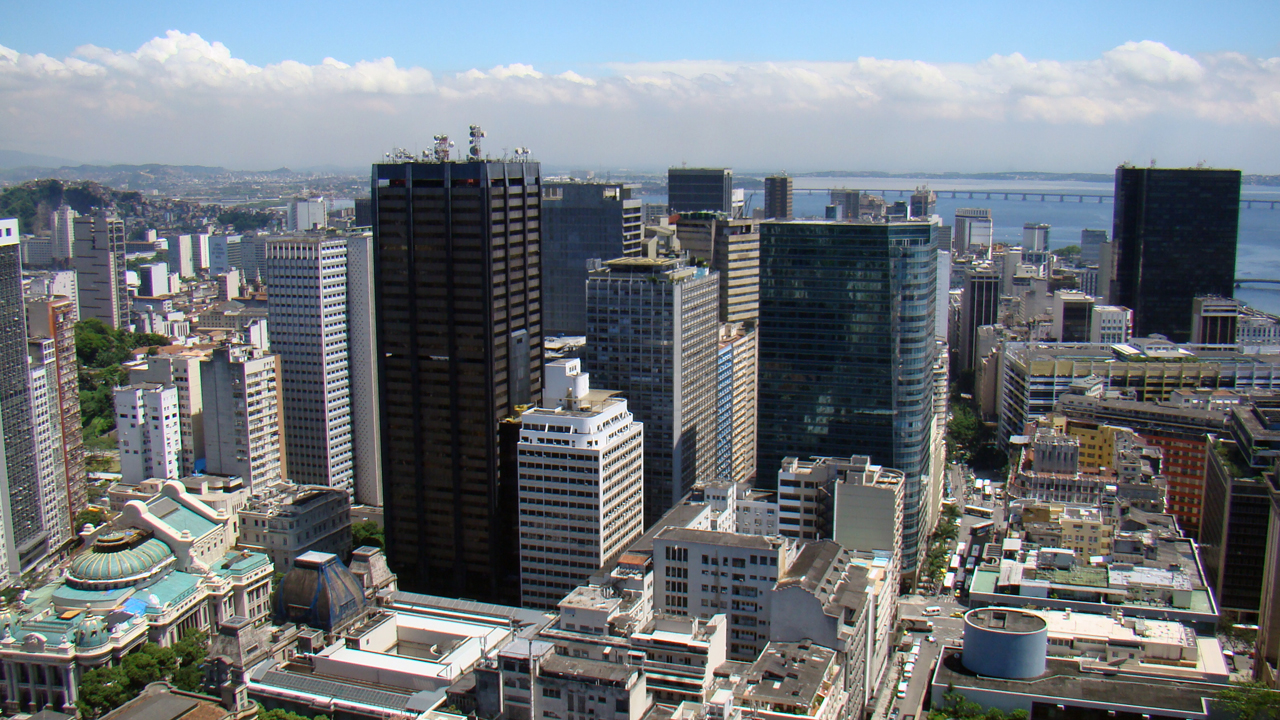 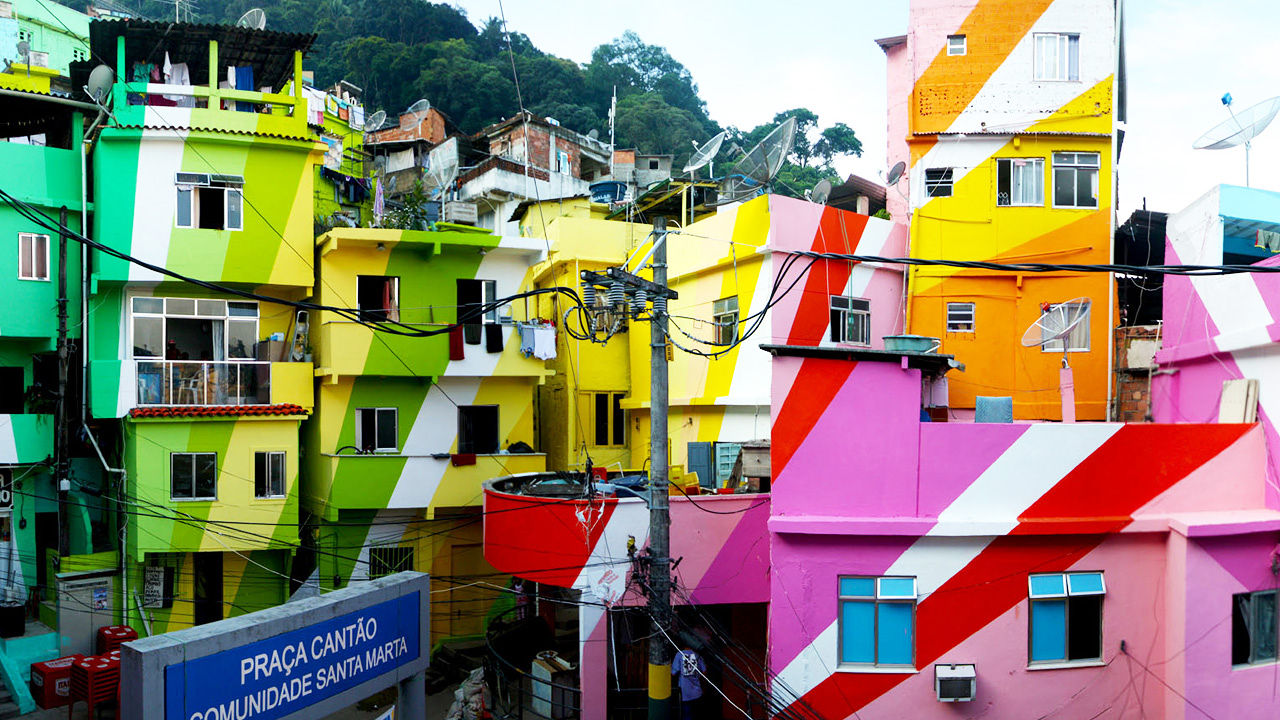 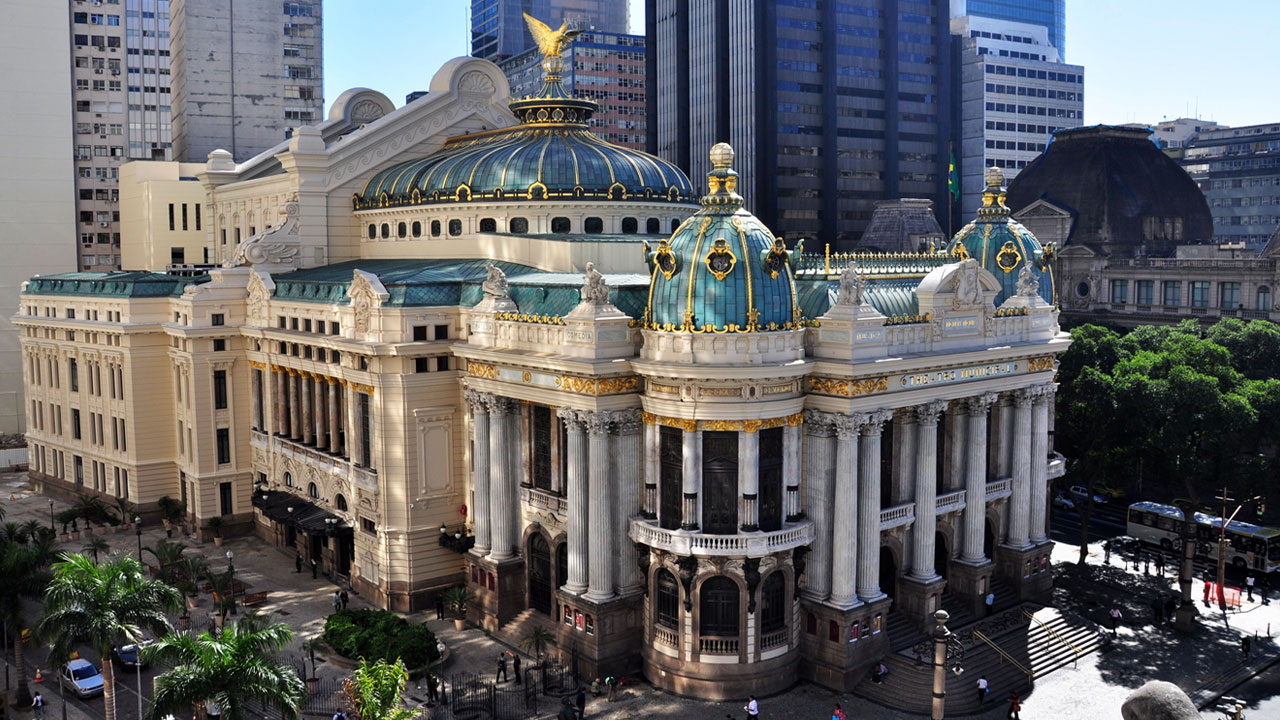